Ohio has very strict laws in place to deter assault.

Even unintentional assault (like assault caused by negligence) may carry significant jail time and fines.

In Ohio, the law classifies assault under two broad categories. These categories are assault (also known as simple assault) and aggravated assault.

If you or someone you care about is facing assault or aggravated assault charges in Ohio it is important to hire an experienced attorney.  The right defense attorney is critical to successfully guiding you to the best possible result in your case.  Contact an experienced Columbus assault attorney to discuss your case.  Call Attorney Adam Burke now at (614) 280-9122 for your free consultation.

A simple assault, may be caused by negligence and recklessness. It may also be caused willingly.

Depending on the severity of the injury caused to the person assaulted, is considered a first degree or a second degree crime and it may carry a prison term of 6 months and a fine of $1000.

Assault is considered to be committed if you:

If a “simple” assault is committed against an officer, a firefighter, or a medical official, then the assault is considered a felony of the fourth degree and carries a mandatory term of imprisonment of 6, 8, or 12 months.

Aggravated assault is a more serious form of assault, and is considered a 4th degree felony under Ohio law. It carries a jail term of anything from 18 months to 6 years and fines of up to $5000.

Aggravated assault is always committed under the serious stress of either great rage or passion. It deals with serious bodily harm. For example, broken bones, substantial risk of death and loss, or impairment to a body part come under aggravated assault.

Aggravated assault is caused when you (in a fit of rage or passion): 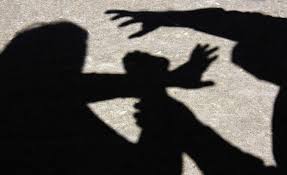 If you have been arrested for assault, it is important to hire an experienced criminal defense attorney to discuss the particular facts of your case and to make every effort to avoid the most serious consequences. Regardless of your situation, Attorney Adam Burke is prepared to defend you. Contact Burke, Meis & Associates today for your free consultation at (614) 280-9122.