Criminal property damage is a major crime in the state of Ohio. Like criminal damage and vandalism, criminal mischief is a property damage crime that attracts major penalties and fines. If you have been charged with criminal mischief in Columbus or other Ohio areas, a lawyer can assist in getting you out of trouble. A lawyer can help you sort out your situation to determine the best possible course of action. Call Attorney Adam Burke now at (614) 280-9122 for your free consultation. 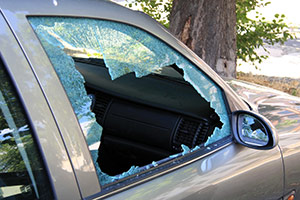 In the state of Ohio, to be found guilty of Criminal Mischief the prosecution must prove that you:

Criminal mischief, depending on where it took place, may be considered a 3rd, 2nd, or 1st degree misdemeanor.

In some cases, if a person was harmed as a result of the offender’s actions, the criminal mischief is charged as felony of the 5th or the 4th degree. It may also be charged as a felony if the value of the property involved in the mischief was significant.

Penalties for Criminal Mischief in Columbus