Still, if you are facing charges for disorderly conduct in Ohio, it is no laughing matter. Even if you feel you are wrongly accused, it takes a good lawyer to prove that to the judge. And remember, a criminal record, however petty, can stain your reputation and make it difficult for you to find future employment. Call Attorney Adam Burke now at (614) 280-9122 for your free consultation. 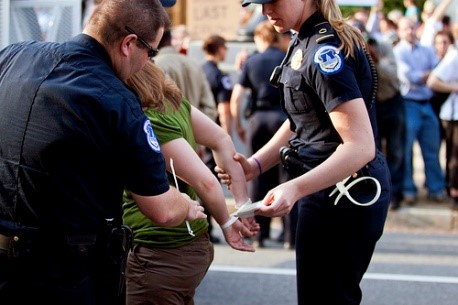 By law, a person is guilty of disorderly conduct in Ohio if he or she recklessly causes an annoyance, inconvenience, or alarm to another person by:

Ohio law also has a separate section for those who indulge in heavy drinking. A person can be accused of disorderly conduct while intoxicated if he or she:

However, in cases where the disorderly conduct was carried out despite a reasonable warning to desist, or near a school, or around an emergency facility person or a law enforcement officer when engaged in duty, it is a misdemeanor of the 4th degree. A 4th degree misdemeanor carries a jail sentence of up to 30 days and fines of up to $250. 2

If you have been arrested for disorderly conduct in Ohio, it is in your best interest to hire an attorney so that your know your rights and options in this situation. An experienced defense attorney will make every effort to help you avoid the most severe penalties. Contact Burke, Meis & Associates for your free consultation at (614) 280-9122.