Burglary and aggravated burglary are serious, felony-level offenses in the state of Ohio. If you have been charged with burglary or aggravated burglary, you need to get adequate legal representation to help you prepare your defense. If you are convicted, you will have to pay a significant amount of money as a fine and face a potentially lengthy jail term. Your now serious criminal record will also make it difficult for you to find future employment.

It is in your best interest to treat your case seriously and secure help as soon as possible. Contact Attorney Adam Burke for your free consultation at (614) 280-9122. 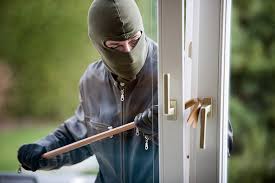 If you have been accused of committing burglary, you were suspected to have, by force, through stealth or through deception:

The complete law is more complex than this, of course, and is interpreted differently for every case. But the gist of the law is that you may be charged with burglary if you were suspected of trespassing in someone’s property with a criminal offense in mind.

Intent can be difficult to prove in court because of the lack of evidence, so burglary cases may be defended against successfully with the help of a lawyer.
Depending on the circumstances of the case, burglary will be charged as either a felony of the 2nd, 3rd or 4th degree. 1

If you have been charged with committing aggravated burglary, you were suspected to have, by force, through stealth, or deception:

Aggravated burglary is charged as a 1st degree felony. You may be charged separately for any damage you may have caused to a person at the location where you were trespassing. Aggravated burglary is considered to be more serious than simple burglary because of the potential serious harm to the parties involved in the matter. 2

Aggravated burglary, as a 1st degree felony, involves a prison term of 3 to 10 years, with fines of up to $20,000. Additional penalties, at the behest of the judge, may be handed out as well (like a post-release control sanction). 3

If you have been charged with burglary, it is important to hire an attorney to help you with the best possible defense for your case.  Attorney Adam Burke is an experienced and qualified attorney who will hear the facts of your case and discuss all your options with you. Contact Burke, Meis & Associates now for your free consultation at (614) 280-9122.